Hi all. I’m pleased that Tesco are now stocking a pork jerky. Until now I’ve only seen beef jerky (I don’t eat beef). So am well pleased Tesco do it. I had a packet earlier and it was yummy!!
Jerky is lean meat that has been trimmed of fat, cut into strips, and then dried to prevent spoiling. Normally, this drying includes the addition of salt, to prevent bacteria from developing on the meat before sufficient moisture has been removed. The word “jerky” derived from the Quechua word charki which means “dried, salted meat”. All that is needed to produce basic “jerky” is a low-temperature drying method, and salt to inhibit bacterial growth.
Modern manufactured jerky is normally marinated in a seasoned spice rub or liquid, and dried, dehydrated or smoked with low heat (usually under 70 °C/160 °F). Some product manufacturers finely grind meat, mix in seasonings, and press the meat-paste into flat shapes prior to drying.
The resulting jerky from the above methods would be a salty and/or savory snack. However, often a sweet or semi-sweet recipe is used, with sugar being a major ingredient (in contrast to biltong which is a dried meat product that utilizes the acid in vinegar rather than salt to inhibit bacterial growth when drying the meat). Jerky is ready-to-eat and needs no additional preparation. It can be stored for months without refrigerating . When the protein to moisture content ratio is correct, the resulting meat is cured, or preserved.
There are many products in the marketplace which are sold as jerky which consist of highly processed, chopped and formed meat, rather than traditional sliced, whole-muscle meat. These products may contain more fat, but moisture content, like the whole-muscle product, must meet a 0.75 to 1 moisture to protein ratio in the US.Chemical preservatives can be used to prevent oxidative spoilage, but the moisture to protein ratio prevents microbial spoilage by low water activity. Many jerky products are very high in sugar and are therefore very sweet, unlike biltong, which rarely contains added sugars.
A typical 30 g portion of fresh jerky contains 10–15 g of protein, 1 g of fat, and 0–3 g of carbohydrates, although some beef jerky can have more than 65% of protein content.Since traditional jerky recipes use a basic salt cure, sodium can be a concern for some people. A 30 g serving of jerky could contain more than 600 mg of sodium. 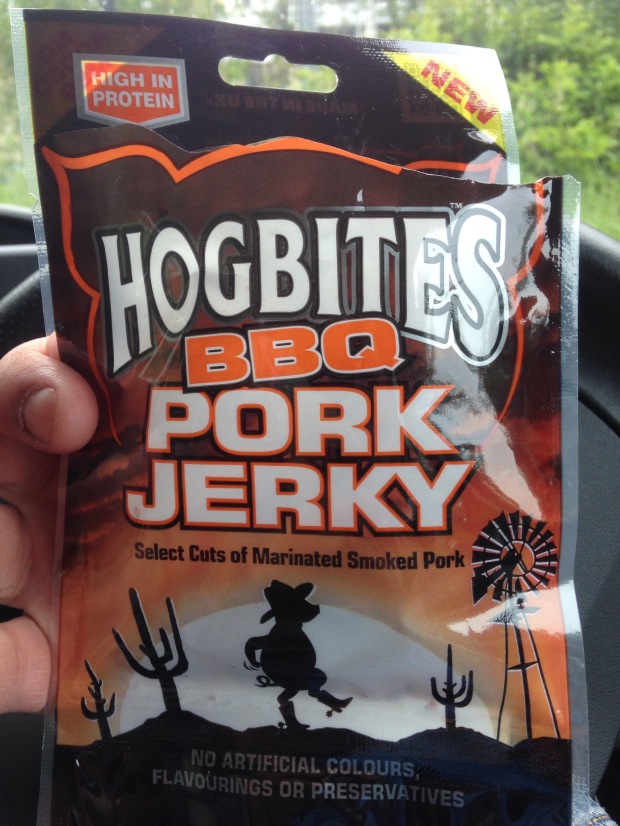 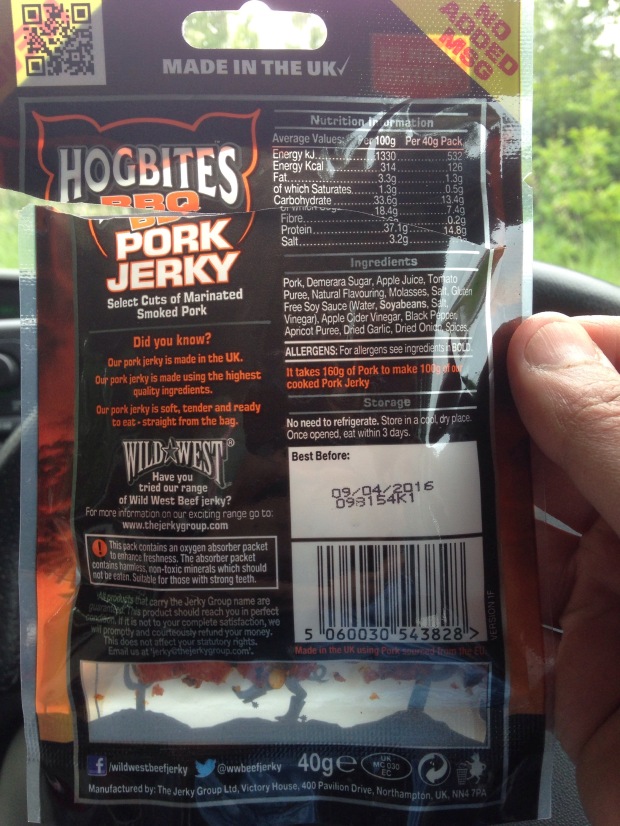 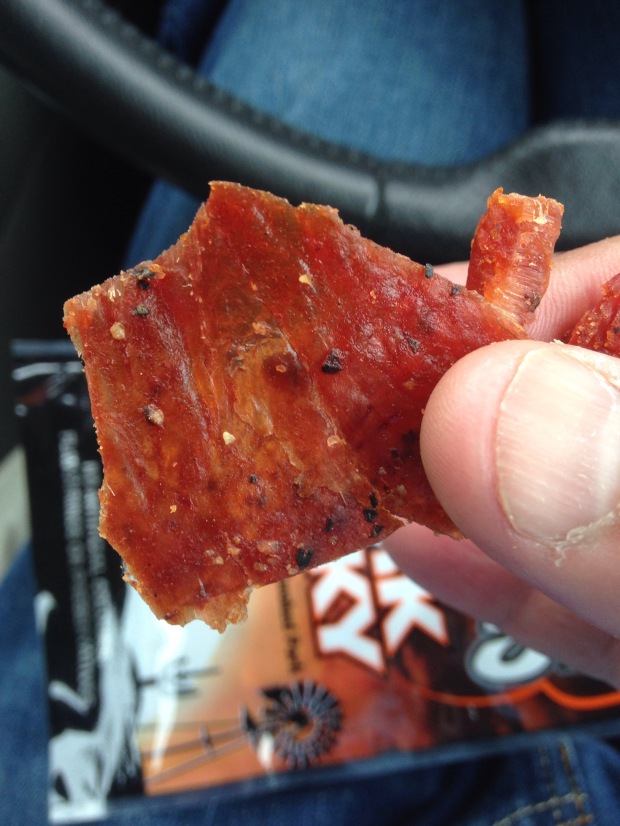