What a fabulous two day event in the lovely County Down Town of Killyleagh.

The Finnebrogue Chocolate and Fine Food Festival celebrated the Life of Sir Hans Sloane and took place on Saturday 24th and Sunday 25th September at the Killyleagh Castle Towers. Newry, Mourne and Down District Council, Tourism NI and Tourism NI Year of Food and Drink are big supporters with principal sponsor being Finnebrogue Artisan. 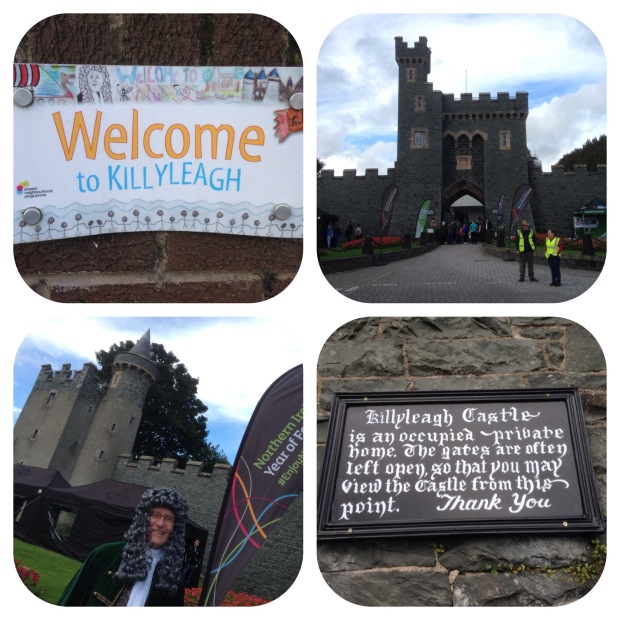 Hans Sloane was born in Killyleagh in 1660. He was a famous physician and was President of The Royal Society and the Royal College of Physicians. As a young man he travelled to Jamaica and tasted chocolate which he described as “nauseous”. He believed chocolate was medicinal and came up with a recipe with milk and sugar to make it taste better. The recipe was adopted by the Cadbury brothers chocolate confection took off. 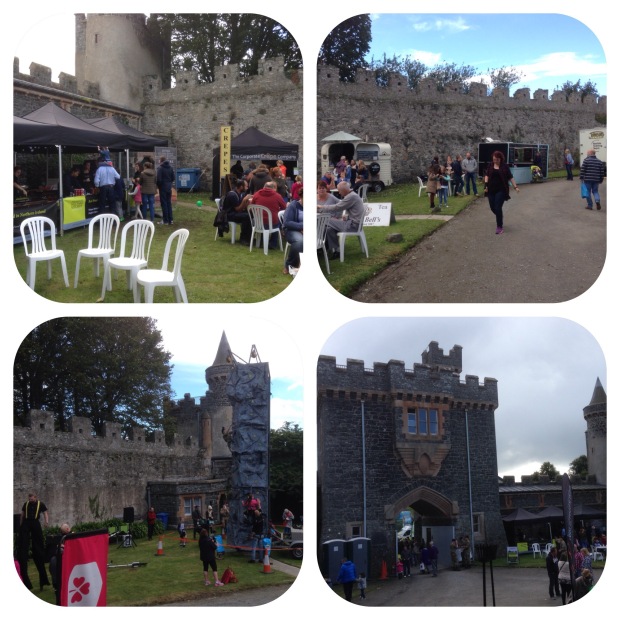 Before we actually entered the grounds we were fortunate to sample the fine produce from Mash Direct (I even got some goodie bags of Mash Direct produce which I’m going to try-thanks to Tim!!), also got to try locally produced chicken dishes and sweet dishes courtesy of Marks and Spencer’s (Moy Park and Genesis respectively).

There were many “sweet” stalls showing off some very fine chocolates, sweets, preserveres, cakes and bakes. A selection can be seen below: 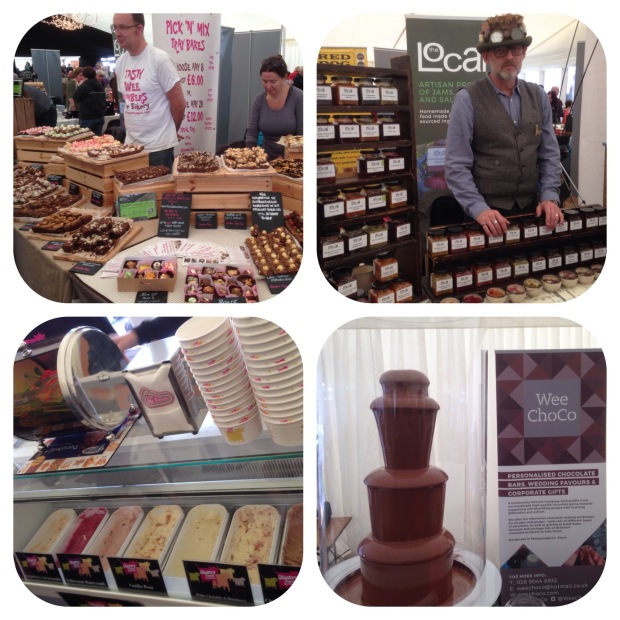 Also on offer were savouries eg meats, oils, butter and olives, again see above and below: 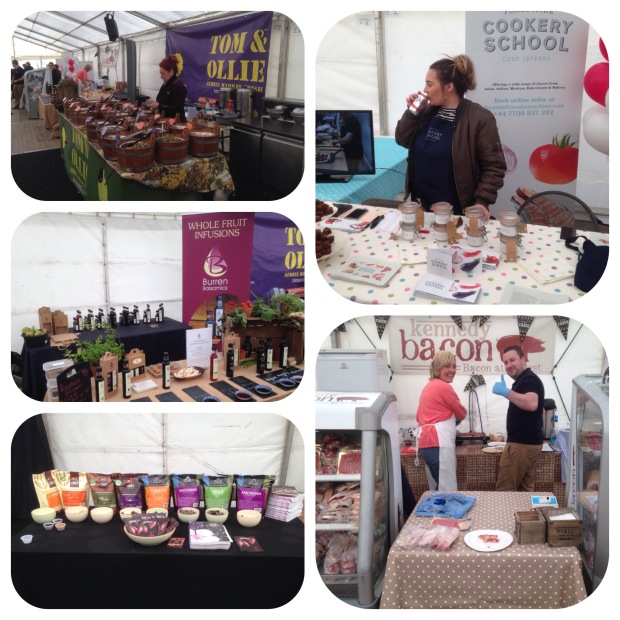 The central attraction was the live kitchen demos and I was lucky to see chef Chris serve up lots of Finnebrogue Artisan sausages, including three chilli sausage, pork and apple and breakfast sausages-I tried the three chilli and they sure packed a punch!!

There was plenty to do for kids outside the castle and inside courtesy of the Army and entertainers….even saw some Storm Troopers. What a fantastic way to spend a Sunday afternoon!!