I popped in to get some real Nepalese cuisine. This place was previously a South Indian restaurant and now geographically it’s gone as north as you can get!!!!
The owner and head chef are Nepalese and there is a growing community here. I wanted some traditional Nepalese food so for starters had to have momo which is a steamed dumpling (akin to dim sum) originally filled with buffalo meat but I had the chicken momo with a nice ginger/chilli chutney-my mouth is watering!!!! This was the real McCoy just like Siva had on the streets of Delhi (where Nepalese people have mobile stands which make the momo fresh). 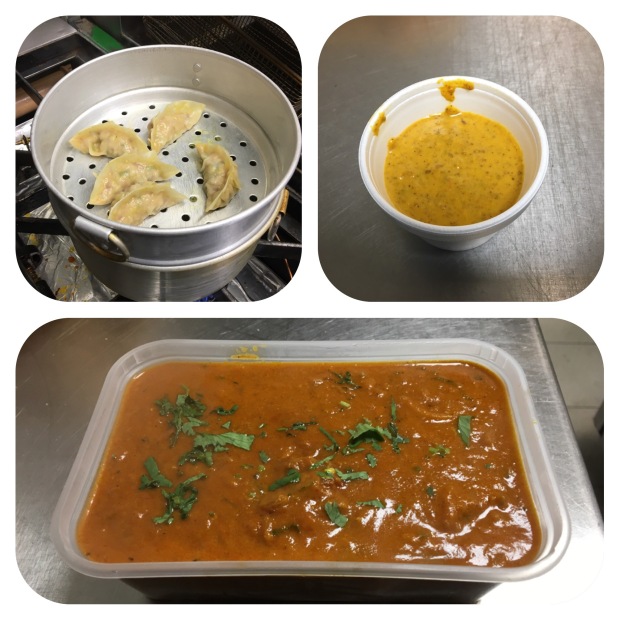 For main course I asked chef Balram to make me a traditional chicken dish. He duly did from first principles and it was delicious-I had mine with rice but ideally should be eaten with roti (chapatti). Needless to say it was fantastic. I would thoroughly recommend this place. One can dine in and it’s a BYO.