From the dawn of time mankind has been foraging for food on a daily basis. If excess food is found this would waste especially if meat and in the heat, as there were no fridges then. So began the quest to preserve and hence pickling started.

Pickling is the art of adding a liquid or some spices or salt to form a barrier around the foodstuff or to draw water from it. The reason for this is that micro organisms require oxygen and/or air and/or water to survive and this action of untreated foods cause spoiling and pickling therefore is a natural preservative.

Different pickling agents include oil, vinegar, lemon juice, salt, spices, Chillies and sugar-these would be the most common. Western cultures have been pickling things like onions, eggs, gherkins and cabbage (using vinegar) to name but a few. It’s good for gut bacteria.

The Portugese cracked pickling using chilli and salt back in the 1400’s with the Vindaloo and Indians, due to extreme heat, have mastered the technique of pickles or Achar using spices and oil.

On this theme I made two pickles using salt, chilli, my special achar masala and oil. The first was sweet corn and fish: 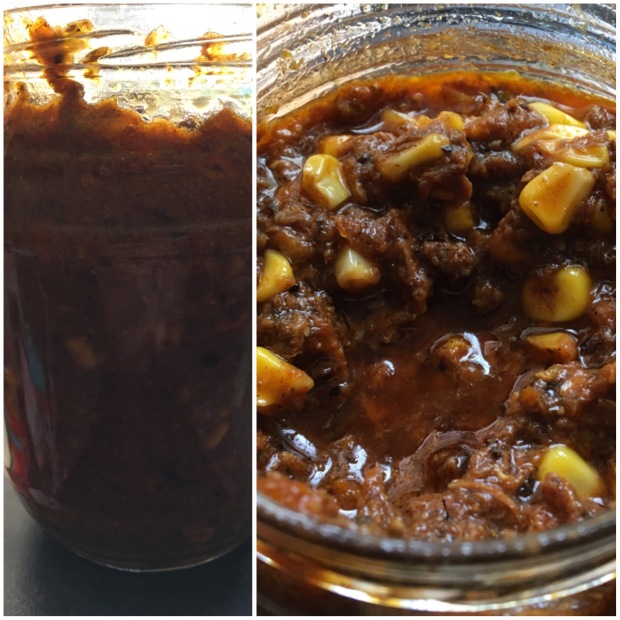 The other was my speciality, my chilli achar: 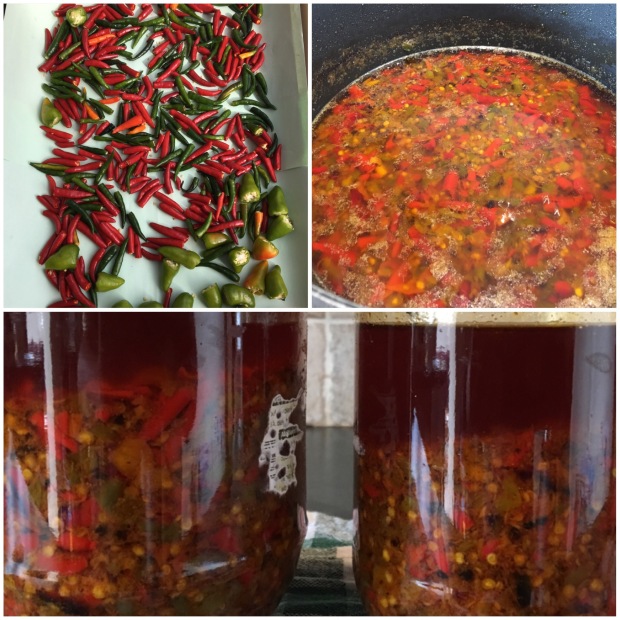 These Achars can be used with snacks, meals and even sandwiches!!

4 thoughts on “The art of Indian Pickle – ‘Achar’”