The modern word “ham” is derived from the Old English ham or hom meaning the hollow or bend of the knee. From the 15th century it began to be referred to as the cut of pork derived from the hind leg of a pig. For years we have been consuming this cut of meat and most popularly and in recent times as part of the sandwich.

I began my quest to find out more…..The Chinese call the pork belly cut as having “5 levels of heaven”. Our fresh Northern Irish ham arguably has four, these being the outer layer of creamy fat, then the three muscles being topside, shank and silverside. These layers were pointed out by the master butcher from The Brady Family at the recent Tesco Taste Festival. 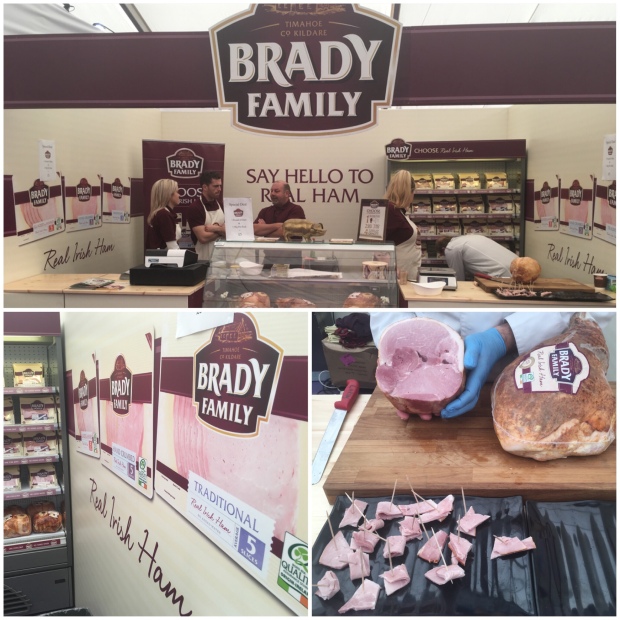 I was also explained that each proper ham is made from one leg which has been cured for three days, slow cooked for 12 hours, rested and then packed and dispatched. This gives the unique moist, succulent, fully flavoured ham. I was presented with pre packaged ham pieces and my favourite, 5 thick slices of ham wrapped in parchment paper.

These slices made me the best ham sandwiches I’ve ever had.