Skip to content
January 13, 2019
Yesterday I treated myself and girls to an award winning chicken kebab, chips, chicken goujons, curry sauce and the legendary Sphinx and garlic sauces.

Picture: The Glengormley branch, Kebab Awards
A kebab is traditionally pieces of whole or ground meat, spiced or non spiced, cooked over charcoals with or without vegetables. In Indian cuisine there are the Shish or seekh kebabs (same thing but different spelling), Reshmi, Multani and Shami to name but a few.
In the UK and Middle East the famous kebabs are undoubtedly the doner kebab or kebab stack. Unfortunately here in the UK the doner has the infamy of being a greasy and unhealthy after pub meal made from cheap and fatty off cuts of lamb, chicken, beef and/or pork. If one has had a “real” doner in the Middle East then they know that the UK doner is worlds apart. In the Middle East the doner is usually made form lamb, goat, chicken or beef and it is seasoned and served with salad, sauce and bread. The kebab stack is flattened meat steaks placed horizontally on a vertical skewer and cooked vertically like a doner. The meat is then cut and served with salad on bread. 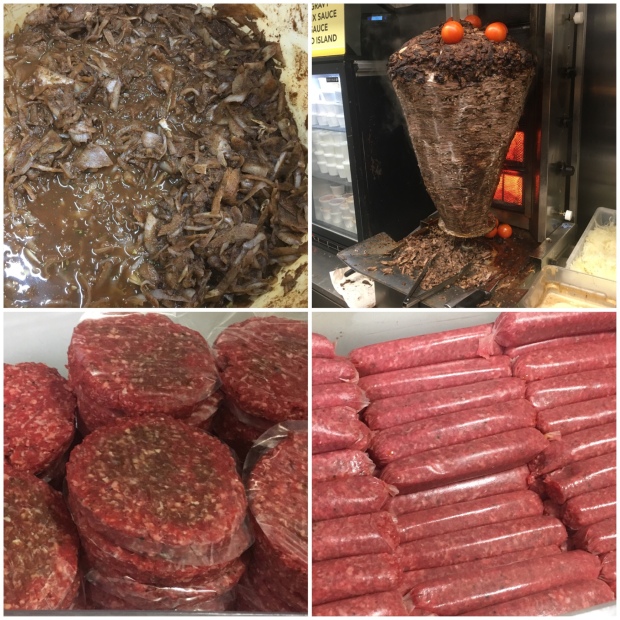 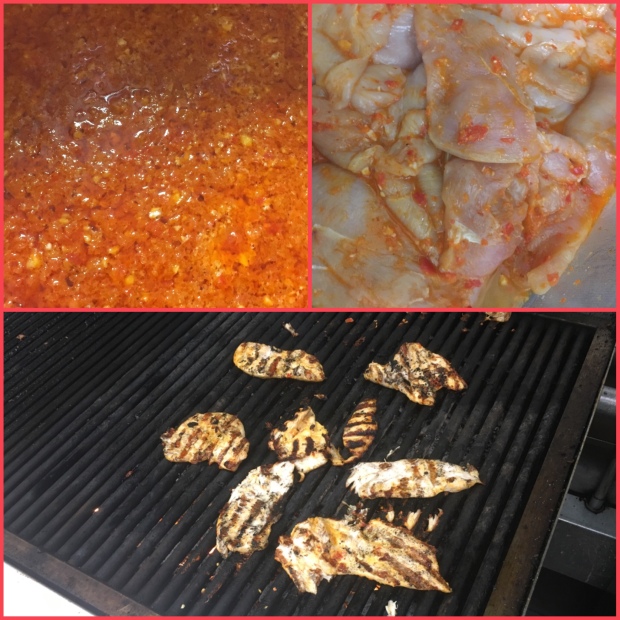 Picture: from top left, marinade for chicken, the chicken in the marinade, chargilling the chicken.

The owner of The Sphinx, Errol, had a vision of dispelling the myth that the doner was a cheap and unhealthy fast food. So he went on a mission to produce good quality kebabs. For his kebab stack he uses fresh Irish fillet steaks (beef so I cant eat-as I dont eat beef), flattened and placed onto and built up on the vertical skewer, just like the Middle Eastern chefs prepare it. In the Middle East the meat is usually goat, lamb or beef. The Sphinx also make chargrilled chicken breast kebabs,which are my favourite. These are made from good quality Irish chicken breasts which have been sliced and marinated before being cooked on a hot gas chargrill. The resulting colour, smells and texture are exquisite and the chicken is moist and delicious. It is served best, in my opinion, with salad and the famous The Sphinx House Sauce in a large flat bread.

Errol also believes in using the finest, locally produced fresh ingredients. All the chips are prepared from Irish potatoes which are cleaned and chipped on site. 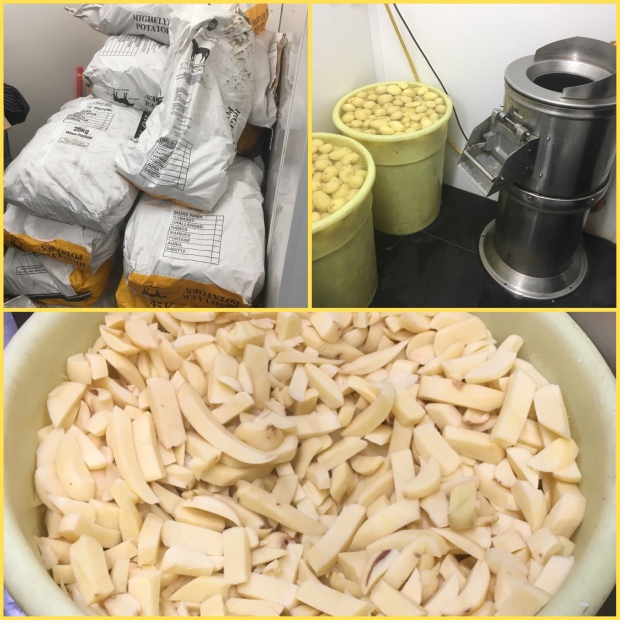 The original The Sphinx (opened in 1980, Errol took over in 2005) can be found on Stranmillis Road, Belfast, Antrim Road in Glengormley (2015) and the newest one is on Botanic Avenue (2016). They do deliveries and can be found on Just Eat. Big thanks to Errol and all the staff for letting me behind the scenes!!

Ps the food was amazing!!! I’ve had mine…..question is, when are you going to get yours?