Ireland’s only completely Walled City is turning up the heat for food and drink lovers this summer with its first street food festival and it’s going to be LegenDerry!

The LegenDerry Street Food Festival will take place in the heart of the historic Walled City in Guildhall Street from 19th-21st July, serving up a totally unique dining experience for visiting foodies seeking authentic local cuisine with some extra pizzazz.

The three-day festival will offer mouth-watering local and exotic street food with lots of added spice from Latin-American, Indian and Asian inspired culinary talent based in the city.

All the delicious food on offer from the participating vendors including surrounding local businesses, will be washed down by craft beers and spirits served from pop up bars. A double decker bus will even be parked up for some festival seating with a view of prominent local landmarks including the 17th Century City Walls which are 400 years old this year.

Live music performances and DJs will help festival-goers dance their way through the weekend under outdoor heaters and festoon lighting complemented by some specially commissioned street art which will provide a vibrant backdrop to the celebrations.

There will be two quirky new food trailers on the block for what is believed to be the first street festival of its kind in Northern Ireland. Lo & Slo and the White Horse Hotel will both be debuting their foodie destination wheels in what will also be a ‘first’ for a hotel in the region.

“We have a new summer menu that showcases some amazing super local ingredients and we are using the expertise of Head Chef, Noel Ward, with the unique spicing skills of our Sous Chef, Umesh, to turn two starters from our summer menu into street food.

“These include Donegal Cod in a Spiced Gram Flour Batter with a Coriander Chutney served with Indian Tea Blackened Chickpeas and Fresh Pomegranate. This dish showcases fresh, local fish but uses Indian flavours to bring a twist to the dish. We are combining the best produce with the best skills – utilising the talent we have with the White Horse and within the city.” 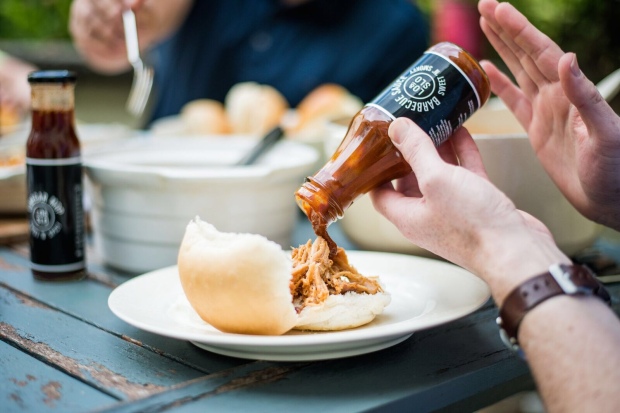 Emily McCorkell of Lo & Slo will be unveiling four new products to add to her existing range of authentic smoked barbecue sauces and dry rubs for enhancing meat flavours developed at the city’s FoodovationCentre. These include a Ghost Chilli and DulseSeaweed Blend, mustard and paprika based blends and a Ghost Chilli and roasted ginger pepper sauce.

Emily, a native of Pennsylvania who has been living in Derry for the past four years, is passionate about American BBQ cooking and will be serving her deliciously flavoured pulled pork and beef brisket. There will even be cotton candy for those with a sweet tooth!

“I love anything to do with street food and can’t wait for the vibrancy this festival will bring to the city at night,” said Emily whose small business has grown so quicklyshe now needs more staff and a production unit to supply local stockists of her hot sauces which are also now being incorporated in some local restaurant menus.

North west-based Irish Venezualan mobile catering business La Tia Juana’s will also be bringing their authentic Latin American cuisine to the street food festival. Juana was first taught to cook by her grandmother from the Warao people of the OrinoccoDelta, picking huge avocados and ripe plantain from the local rainforest.

Food experts John and Sally McKenna of the prestigious McKenna Guides have described Derry as the ‘Next Foodie Capital of Ireland’, hailing the destination as “the most happening urban place in Ireland, so get yourself up there before the hordes start to arrive”.

My dad treated us all to a fabulous South Indian meal last night at this amazing eatery. 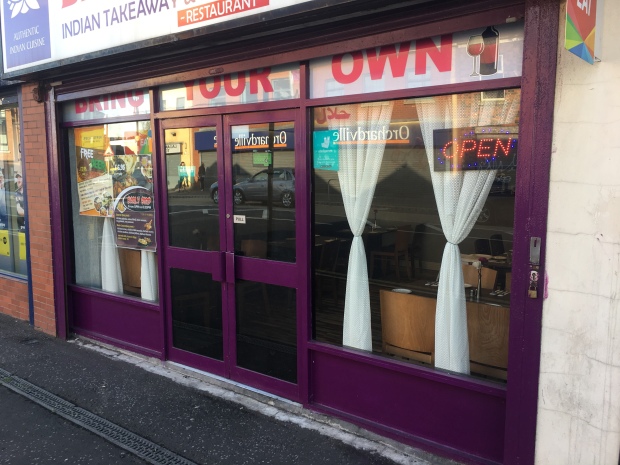 On arrival we were treated to fresh, crispy popadoms accompanied by a spicy onion chutney, a tangy red sauces and a cooling yoghurt dip. As a special treat the chef made us fresh vegetable pakoras with a green spicy coriander chutney which hit the spot. 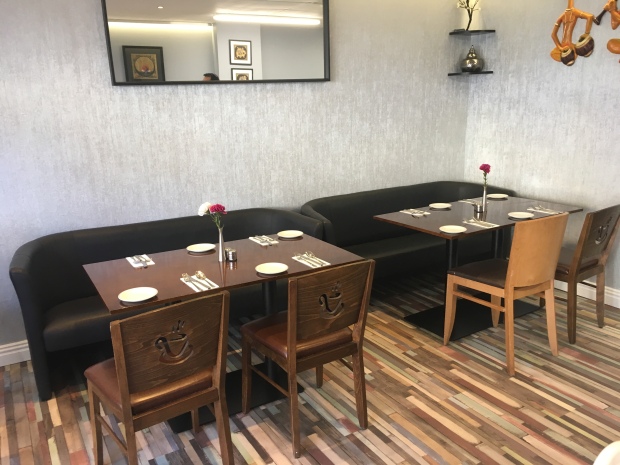 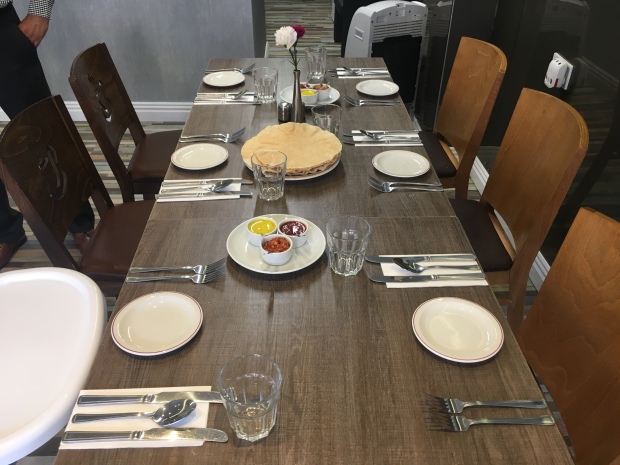 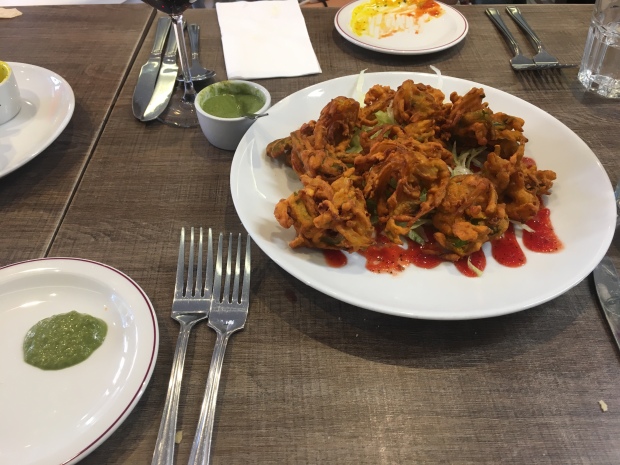 We ordered a chilli paneer dosa, a chicken dosa, a masala dosa and idli, these were the South Indian specialities. For balance we also ordered lamb karahi, garlic nan and pilau rice. 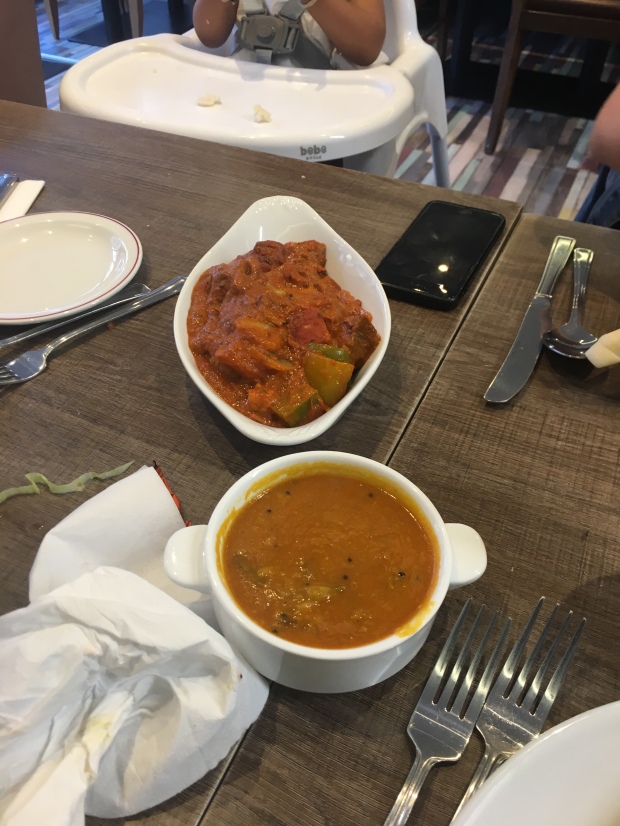 The dosas are basically large pancakes stuffed with paneer, chicken and spiced potatoes respectively. These are served with a tangy sambhar and a creamy sauce. The idli is a steamed rice cake also served with sambhar and sauce. The dosa was cooked to perfection-form on the outside and soft on the inside. The fillings were exquisite and sambhar was perfect as was the chutney. The idli was nice and fluffy. The lamb was lovely and tender and full of flavour and rice and nan were beautiful.

The taste of the dosa and idli was just as if we were eating in Chennai whilst Lamb,rice and nan as if eating in Delhi!!

Service was excellent, place was spotless and it’s a bring your own alcohol restaurant. The bill was a very modest £50 which was great value for 5 adults!! They also deliver and do take out but sit in is the best!!

I was really lucky to be at the 4th practise day at The 148th Open being held at Royal Portrush Golf Club. Around 165 golfers will battle it out for the Claret Jug over the next 4 days and the winner will be crowned on Sunday 21st July. 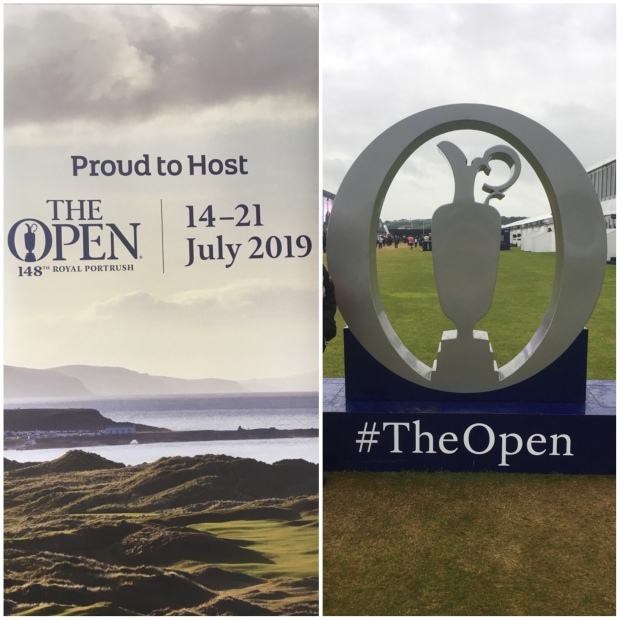 The infrastructure is very impressive, both getting to and within the venue. There are lots of very helpful Marshalls (blue jackets) at hand to guide and help all throughout.

This Open is the first to have sold out within a month, has the largest number of spectators at the four practise days and has the second largest numbers of spectators for the real competition (outside of St Andrews). There has been a lot of construction to get the course ready and ready for the world it is!!

The course is a very challenging one. It’s geography is such that it is very exposed to the Atlantic Ocean and the winds. It is set in large undulating dunes and coupled with the inclement weather will test the temperament and skill of the worlds best golfers.

There are a myriad of stands selling some very nice and reasonably priced food from sausage rolls to pizza to chicken and fish inside: 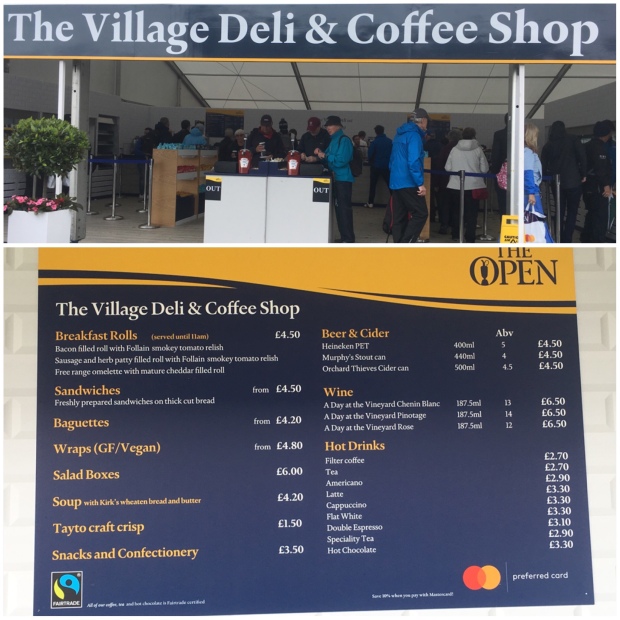 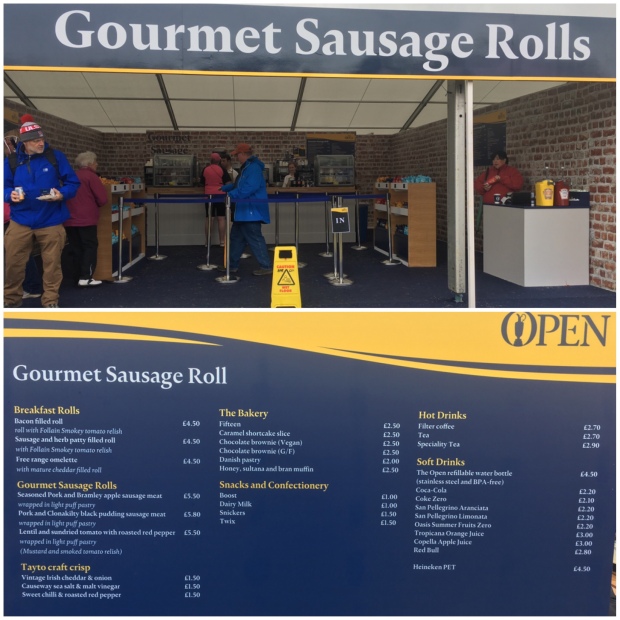 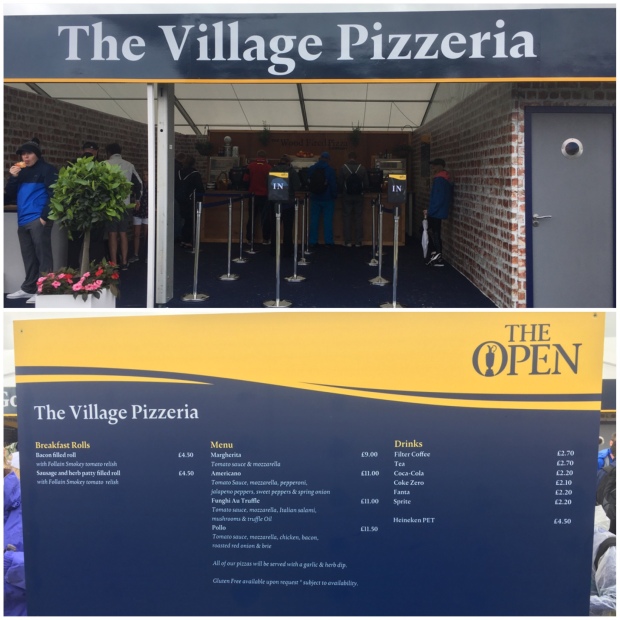 The Open Bar is where one can quench the thirst!!

Outside the venue are stalls which showcase some excellent local food stalls:

There is plenty to see and do in Portrush when not watching the golf 🏌️‍♀️ so please go check out the beautiful North Coast of Northern Ireland.